Lugano and my Deutsch Bruder

February 05, 2015
Back in 2008 during my first trip to Europe, I was trying to find a way to get from Haslach, Germany to Florence, Italy. The trains were not direct and it was going to be a long ride, so I decided to split it up and make a random stop in Switzerland for a night. I am not quiet sure how I landed on Lugano, I am pretty sure no one suggested it to me, but I wrote to a few people on Couch Surfer to see if anyone would let me stay with them and this one guy responded. Little did I know that I would show up and we would eat gyros (my very first) by the lake, drink, go to a house party and party with people till 5 am on the patio only then to sleep for 3 hours, get up, go swimming in Lake Lugano, fall asleep on the beach, and miss my train to Florence. It was a crazy 15 hours to say the least.


We stayed in contact here and there over the years and then one day I get an email from him that he is doing an internship at Xerox Parc in Palo Alto for a year and asked me to help him out. I had just graduated from graduate school and was in the process of moving home with my mom, so invited him to stay with us till he figured thing out. We hiked around California, went camping, slept in cars (Chrissy still has to see the chiropractor because of this adventure), went wine tasting, explored San Francisco, talked philosophy, annoyed the shit out of each other, and pretty much became the brother/sister we never had. While he was living in SF, his graduate classmate even came out for a visit, they fell in love, got married 2 years ago and just had a baby... on my birthday! So now that I am back in Switzerland, I get to meet this little bundle of joy and I could't be more excited!

Wednesday I woke up bright and early to walk down to the Hauptbahnhof and catch a 2.5 hour train ride down to Lugano. This is an AMAZING train ride through the Swiss Alps and is a part of the The Wilhelm-Tell Express line. The train winds its way from 470 to 1100 metres altitude and disappears into the 15-kilometre Gotthard Tunnel (which dates from the 19th century, took 10 years and cost 200 lives) to re-emerge on the southern side of the Alps (trust me when I say that these pictures really do not do it justice). 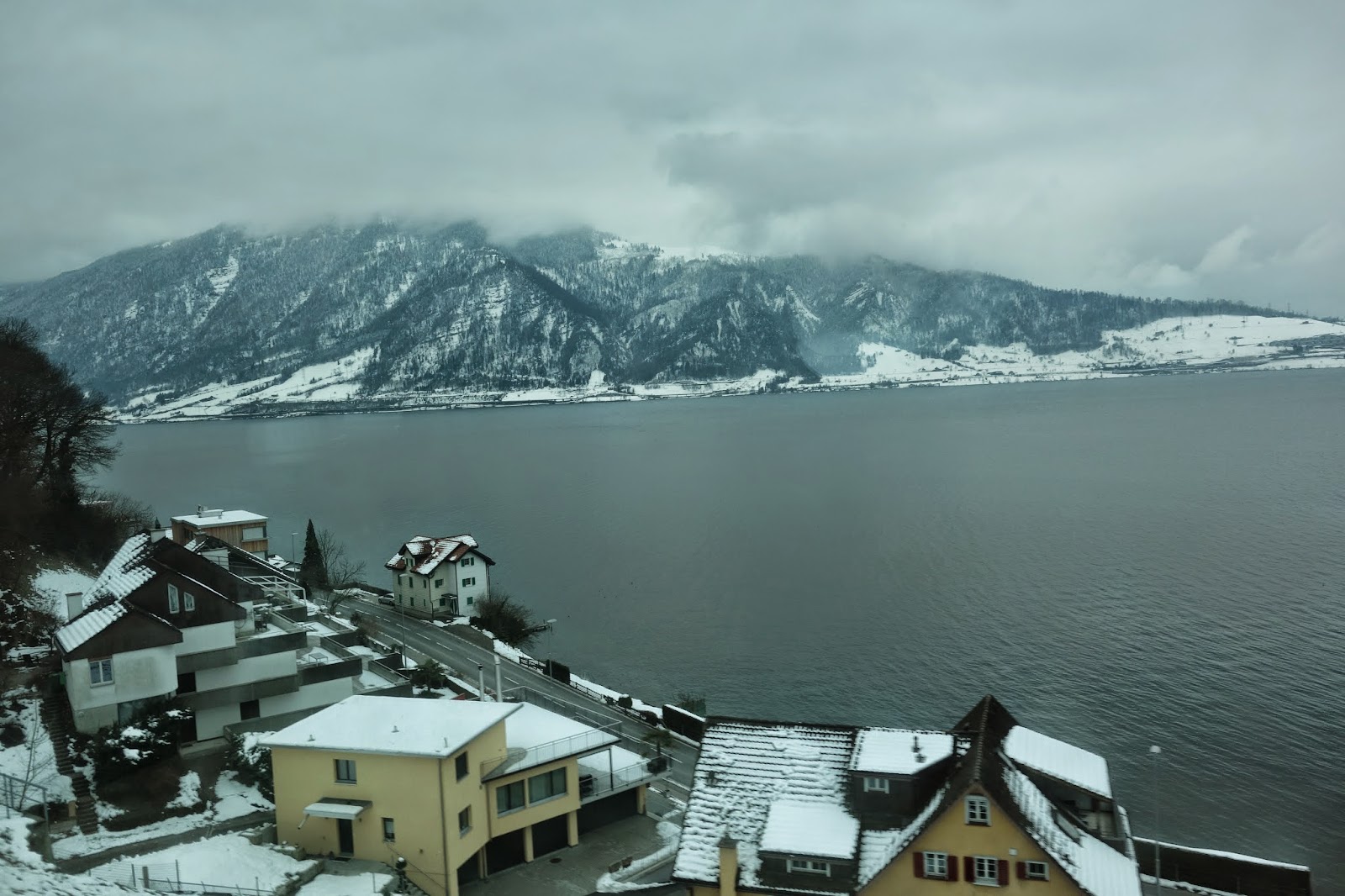 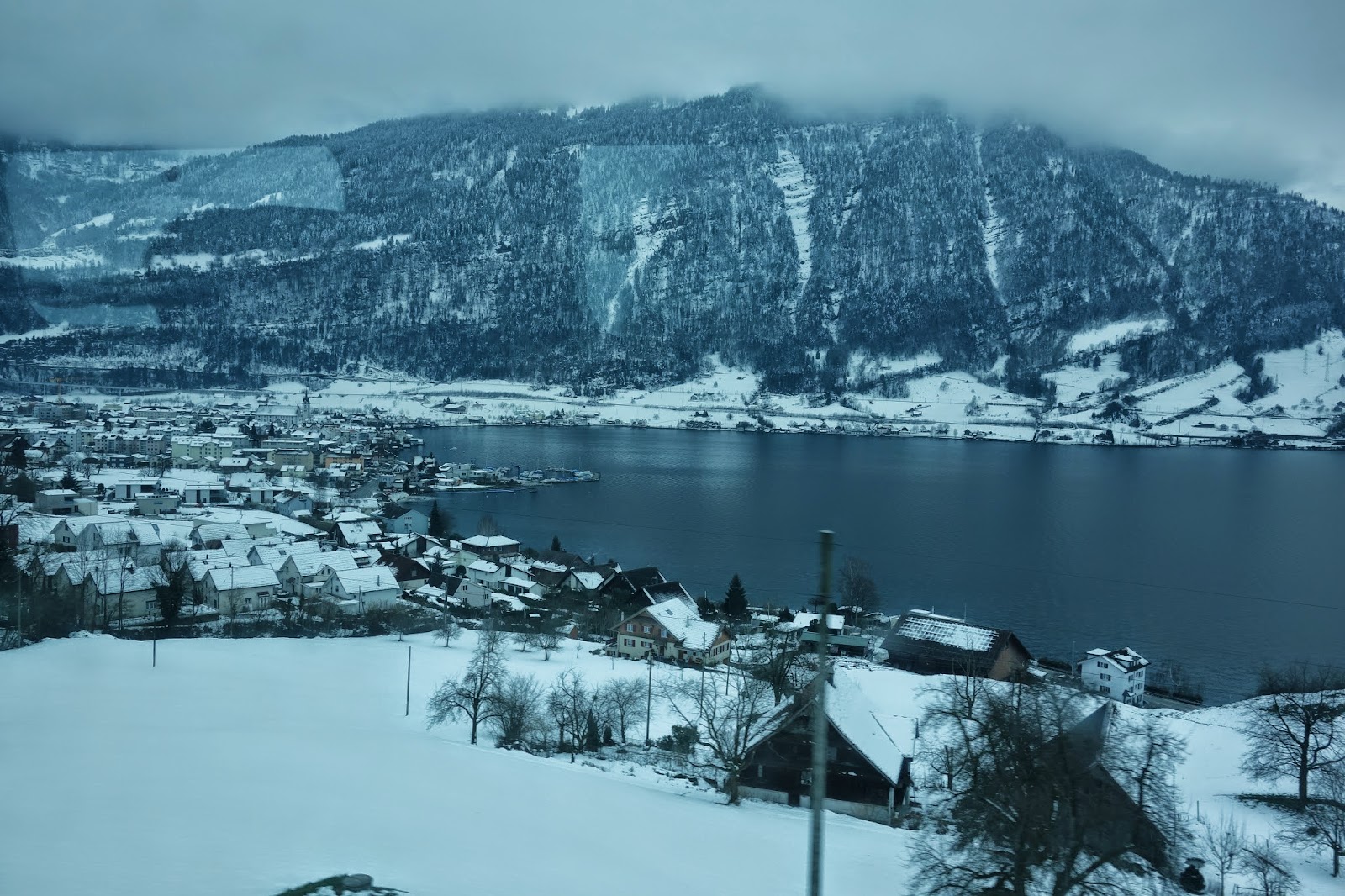 I walked from the train station to their apartment. Look at this amazing lake? (This is Lake Como... you know, the one that George Clooney, Brad Pitt, Angelina Jolie and Richard Branson have houses on? Ya that one). So it isn't a big shock when I say that Lake Como is widely regarded as one of the most beautiful lakes in Europe.

I arrived just in time for lunch with this adorable guy :)

Wouldn't you love this view from your living room? 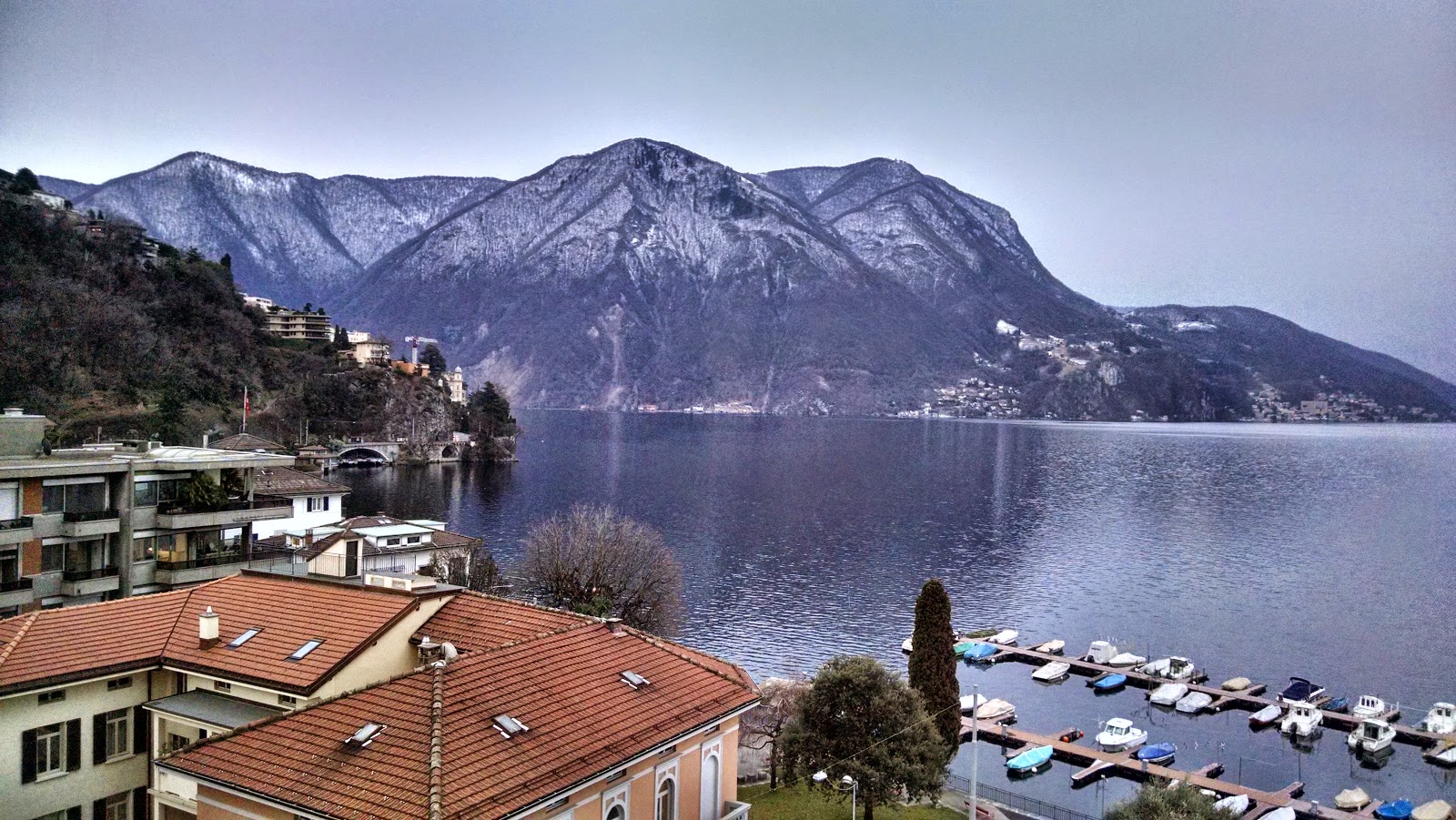 We had a great visit, catching up, walking around the city and University and enjoying the little guy. It is crazy where life will take you and the people you will meet along the way.
Friends German family Switzerland
Location: Lugano, Switzerland