After a 13 hour plane ride, a 5 hour layover in Taipei, Taiwan, another 4 hour plane ride to Bangkok and a 45 minute ride in the (most ridiculous cab I've ever seen), we are here.

After getting settled into our hotel, and showering (trust me it was needed x100), we set out for the afternoon. Saturday was Lunar/Chinese New Year so we walked over to China Town to see what was going on. This strip adjacent Charoenkrung Road has more people on it than I have ever seen. The streets are packed with market stalls, street-side restaurants, randomly placed Chinese Temples and a dense concentration of gold shops (that were packed due to the holiday). In preparation for the holiday, there were lanterns everywhere, traditional Chinese clothing being sold and gold decorations at every street corner. 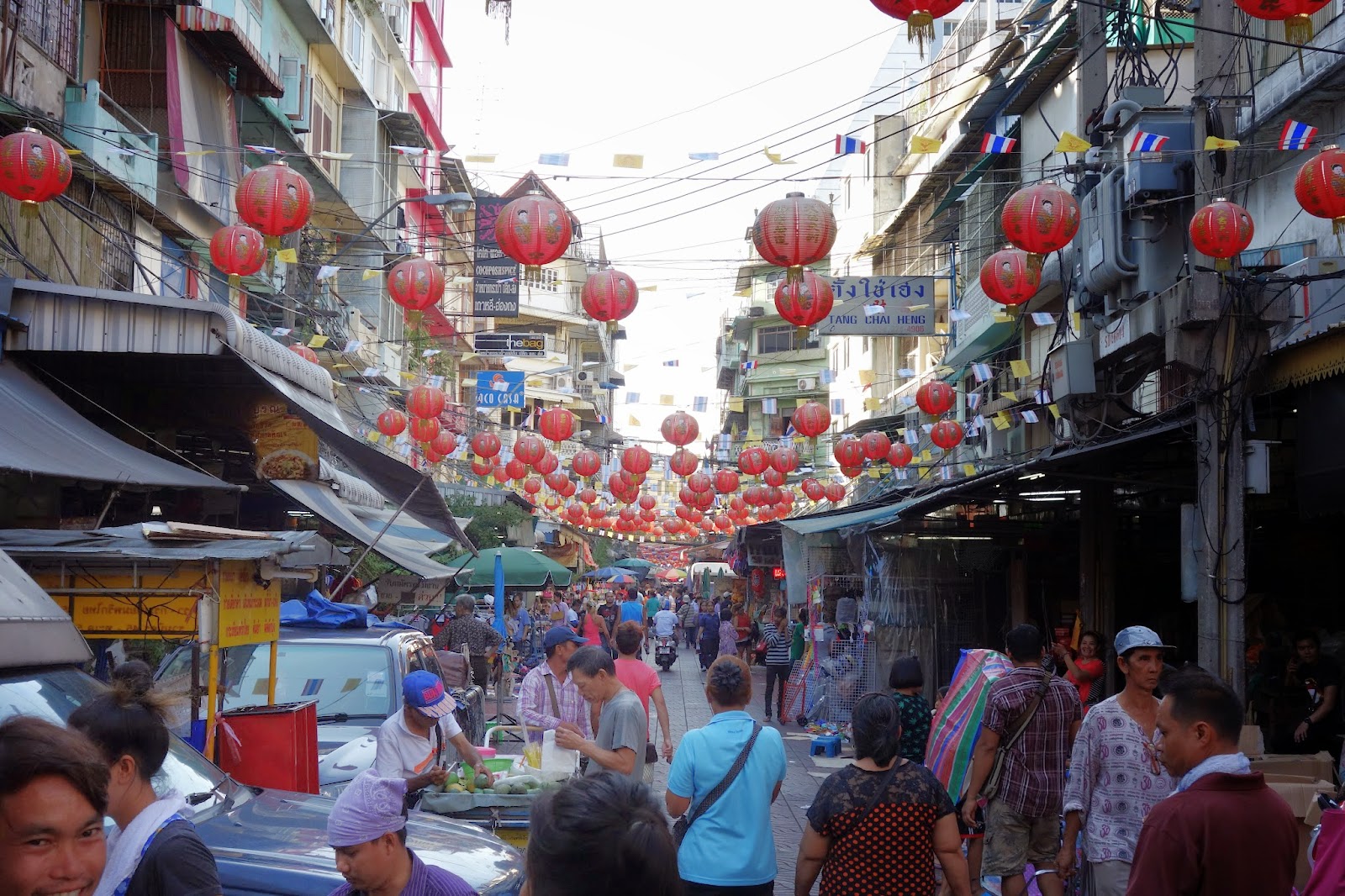 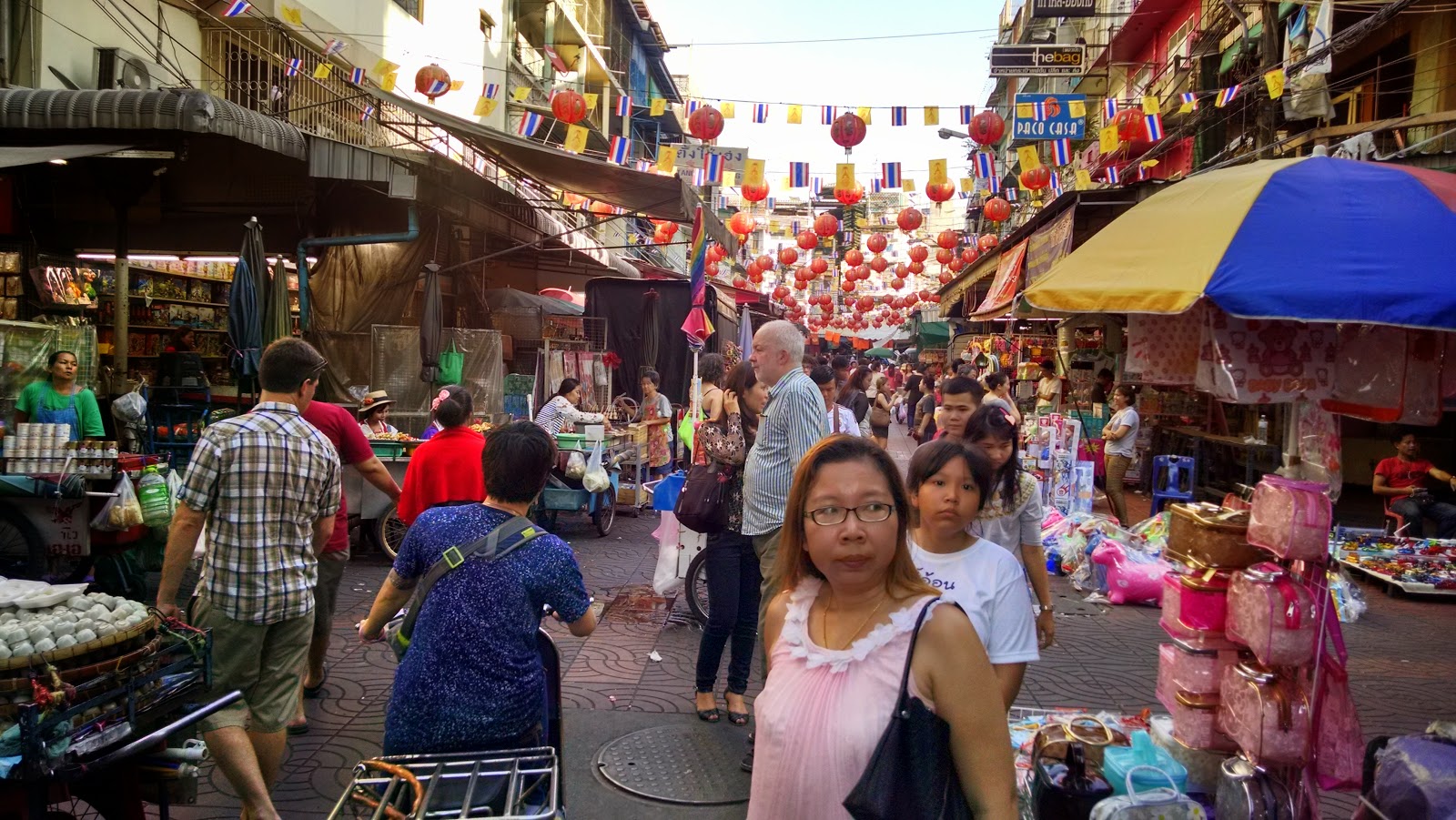 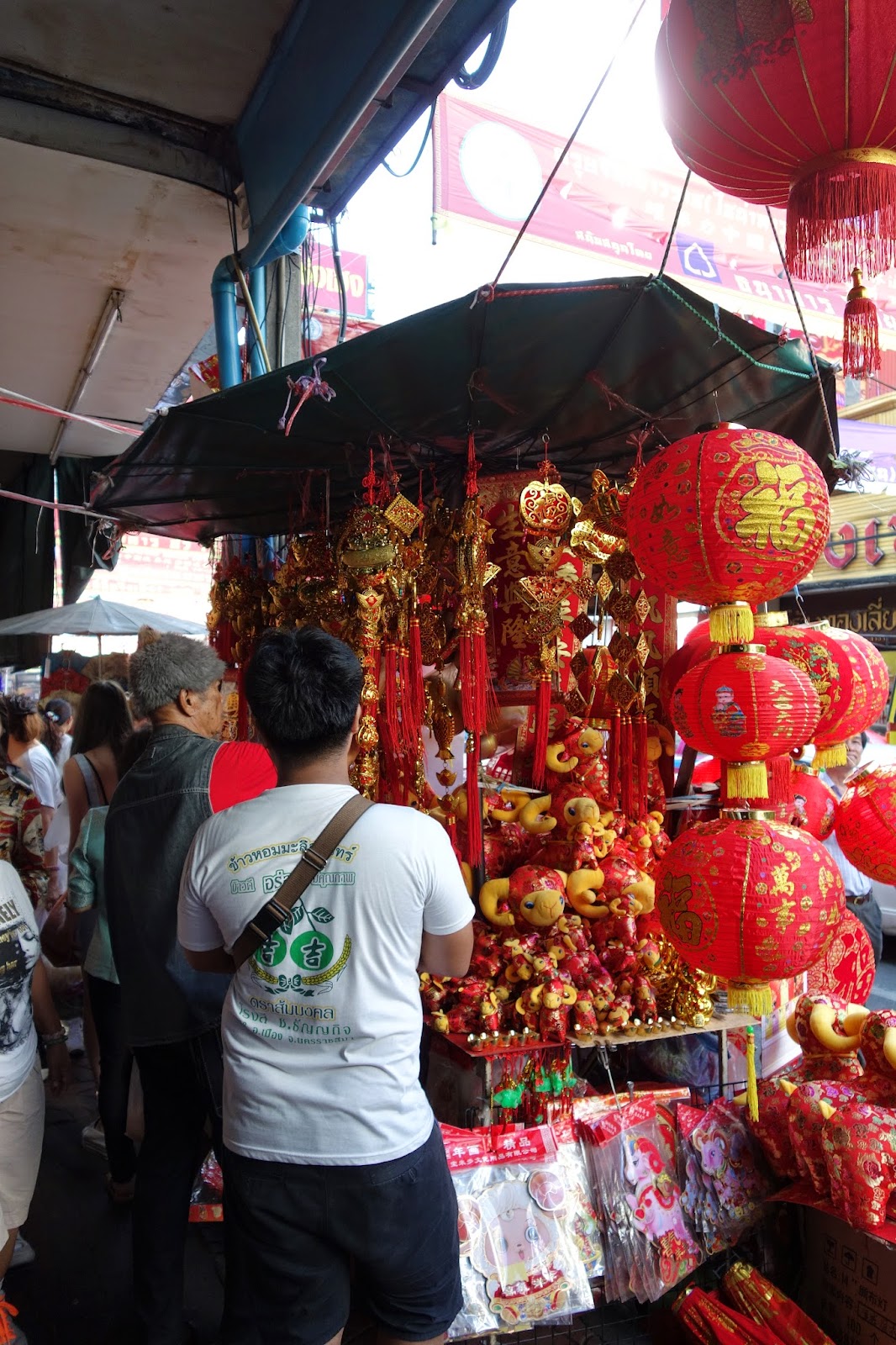 On the way home from China Town, we found a inter-city canal to follow back, which was a nice break from the noisy streets. People's homes come directly of the canal so this is essentially their backyard. It was nice seeing people in their normal daily routines, people said hello (or at least I think that's what they were saying) and we smiled at each other when funny things happened. It was a nice change of pace from the street one block over. 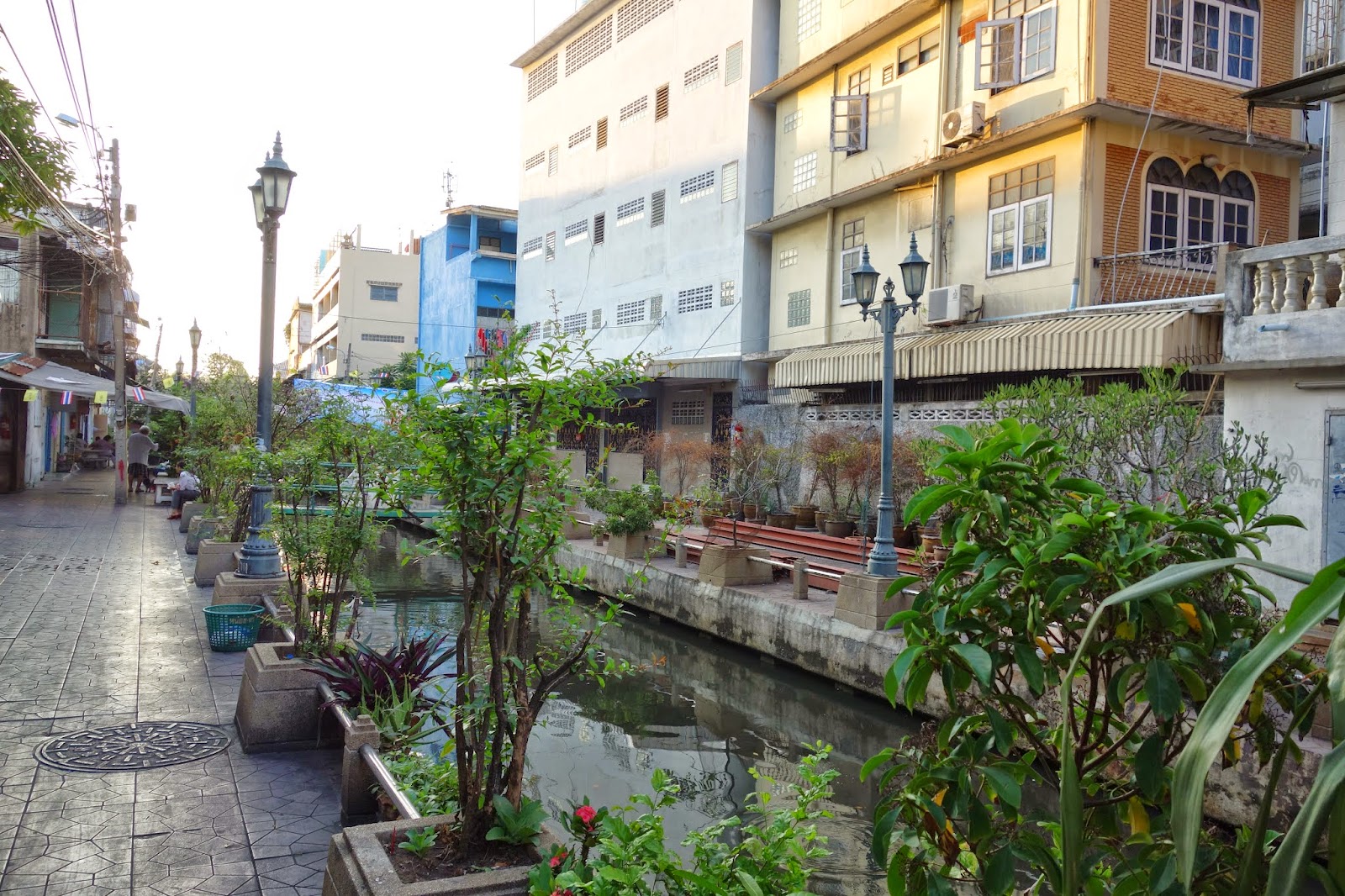