Exploring the Snowy Streets of Zurich

February 03, 2015
My first few days in Zurich solo have been peaceful and magical.

Monday it was snowing on and off all day; at times, giant puffy flakes were poring down, others it was lite.I love snow. In the afternoon I went on a free Zurich City Tour that took us around the city and elaborated on the history of the monuments. Weird history tid bit, during the First World War and before the Russian Revolution, Lenin and his wife spent a year in exile in Zurich. They lived on the Spiegelgasse close to Cabaret Voltaire (oldest brothel in Zurich). When the revolution broke out in Russia in 1917, Lenin left his exile in Switzerland to return back to Russia, which starts the part of history we are all familiar with. Random. 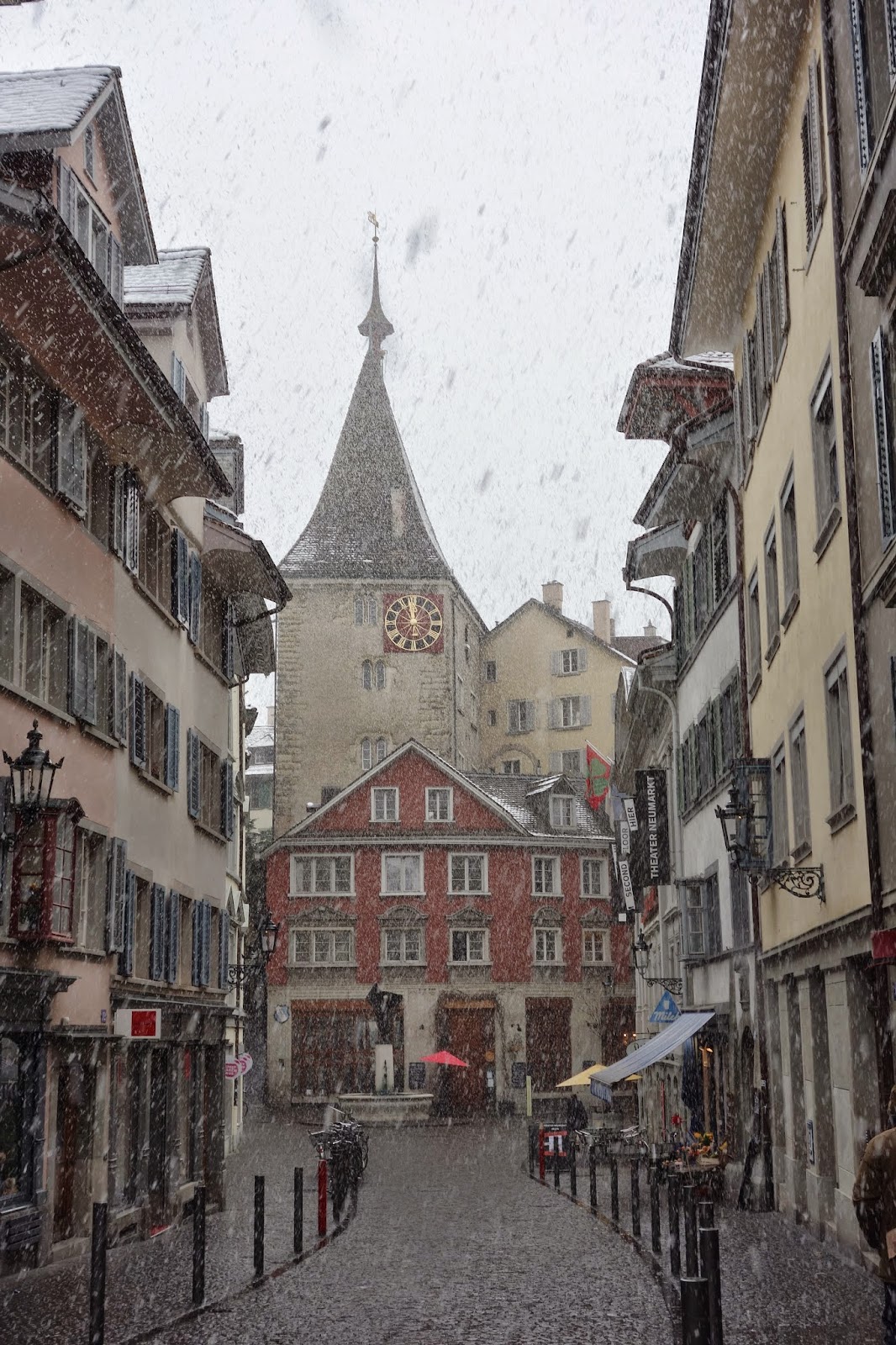 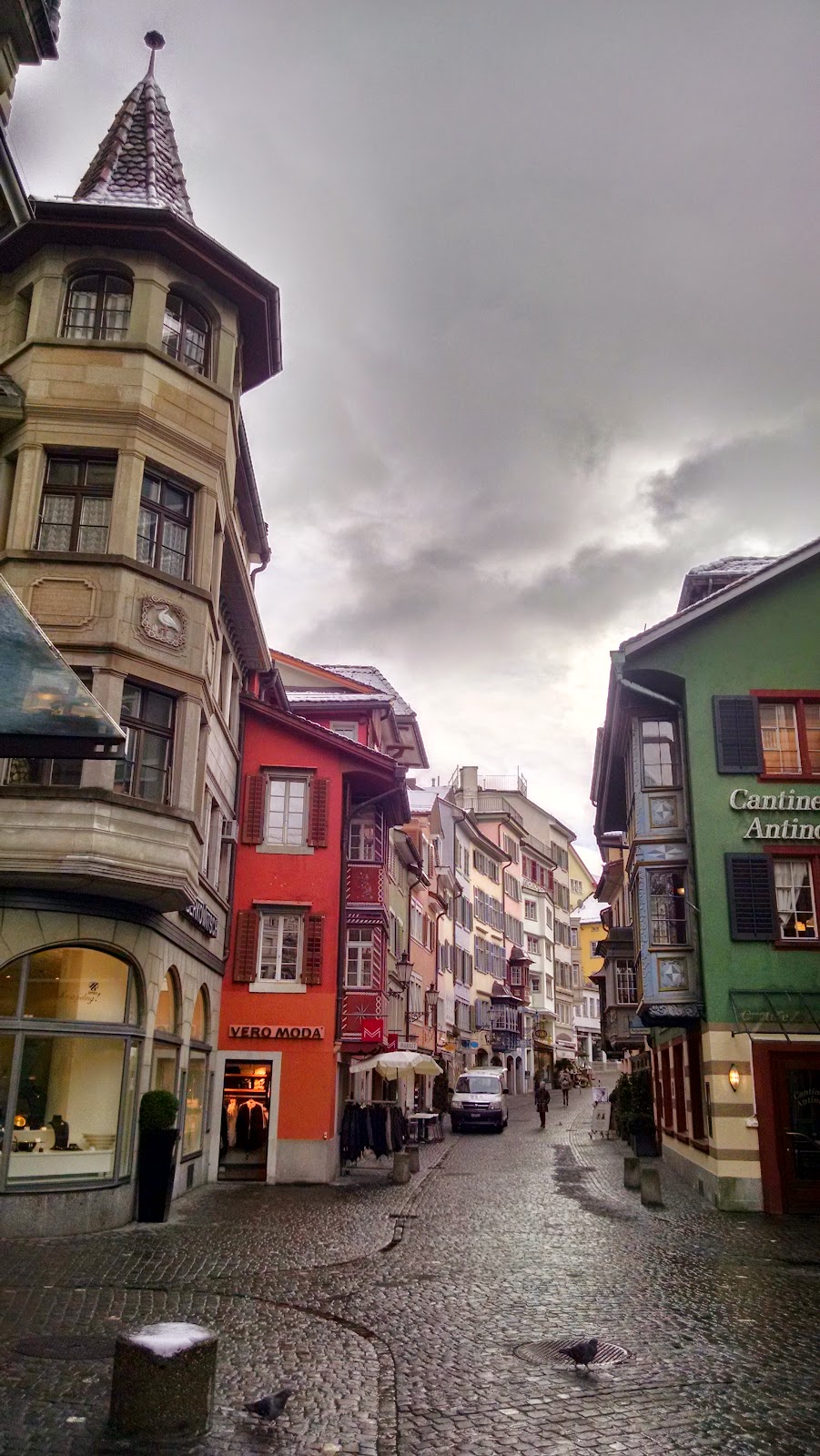 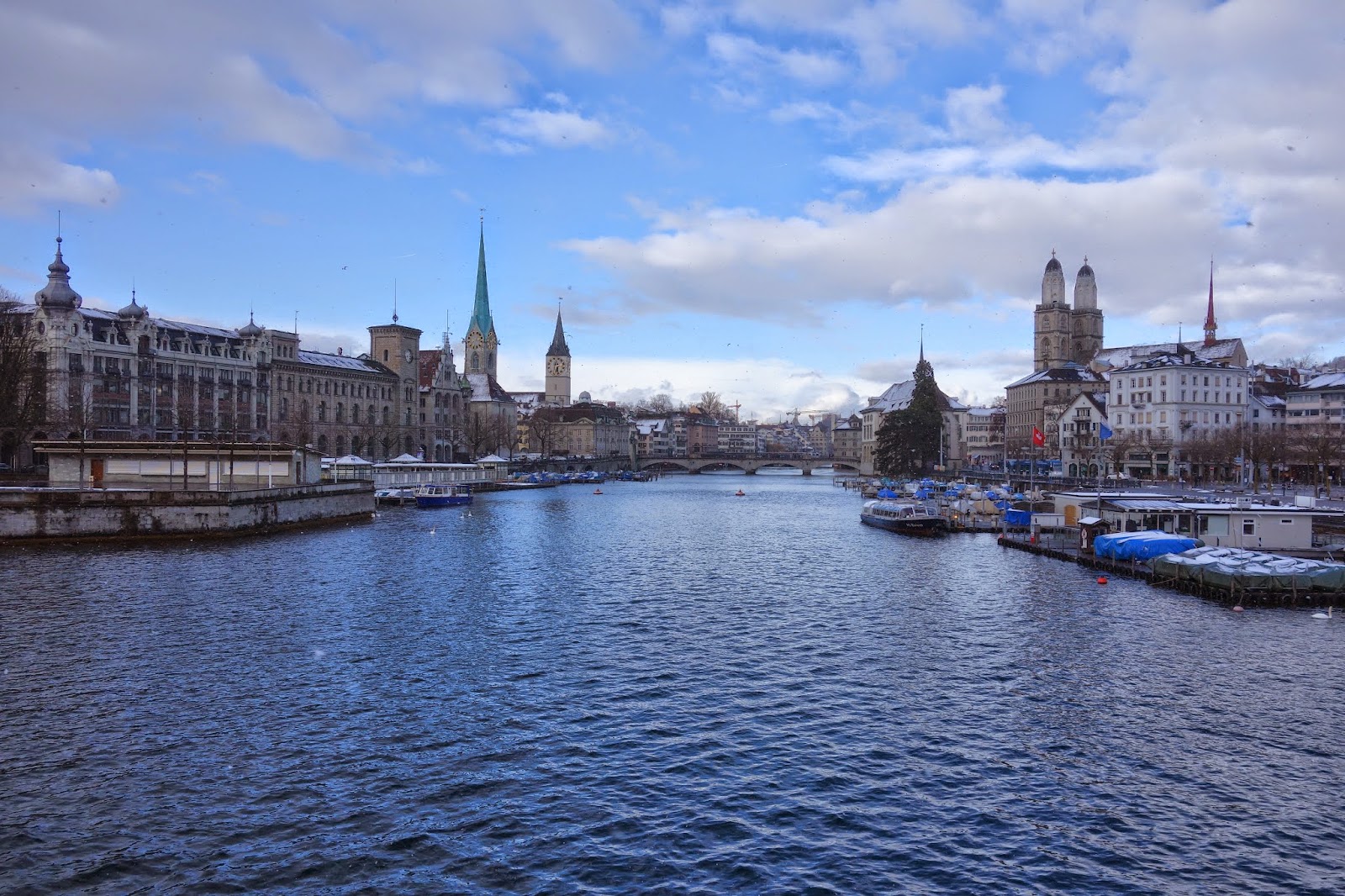 Monday afternoon I retreated to the famous Café Schober in the heart of old town to escape from the snow and freezing temperatures. This café was just what I wanted; there are several different rooms all decorated differently giving each a unique ambiance. I chose the red velvet room that had dim lighting, soft classical music playing in the background, plush chairs, quaint side tables next to little windows that allowed you to watch the beautiful snow fall from a safe distance. It was all so romantic and made me feel much more elegant and sophisticated than I really am... let's face it, I am more along the lines of a bull in a china shop. I promptly ordered a pot of tea along with a meat and cheese plate in German (I am happy to report that my foreign language skills are coming back fast and the Swiss accent isn't throwing me off as much as it once did), then settled into my chair with my book. Heaven. I had no problem killing 3 hours there.

Tuesday I decided to go for a long walk outside of the city. I followed one the rivers in the area that has a multiuse path along side it out into the snow covered country side. 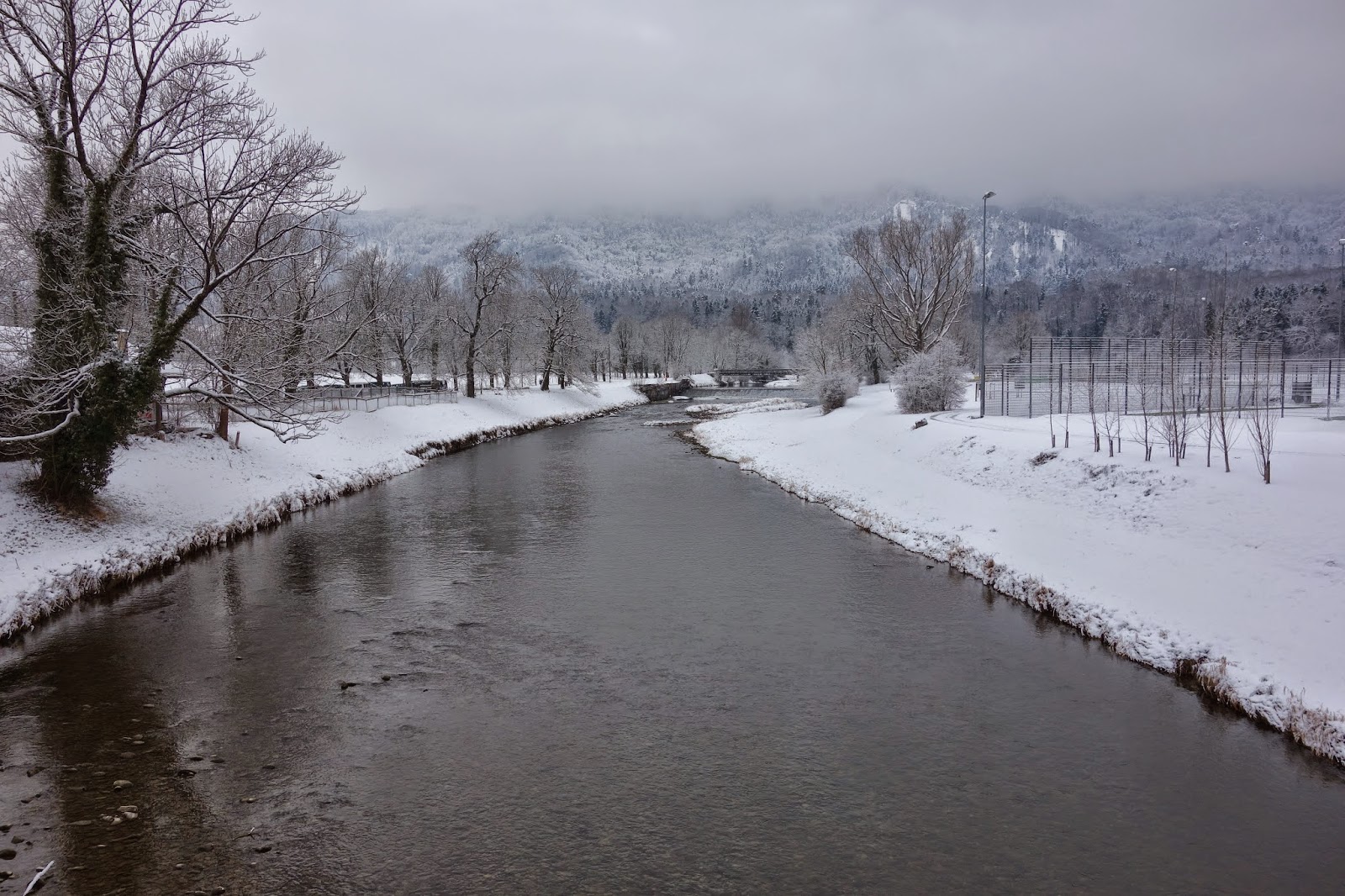 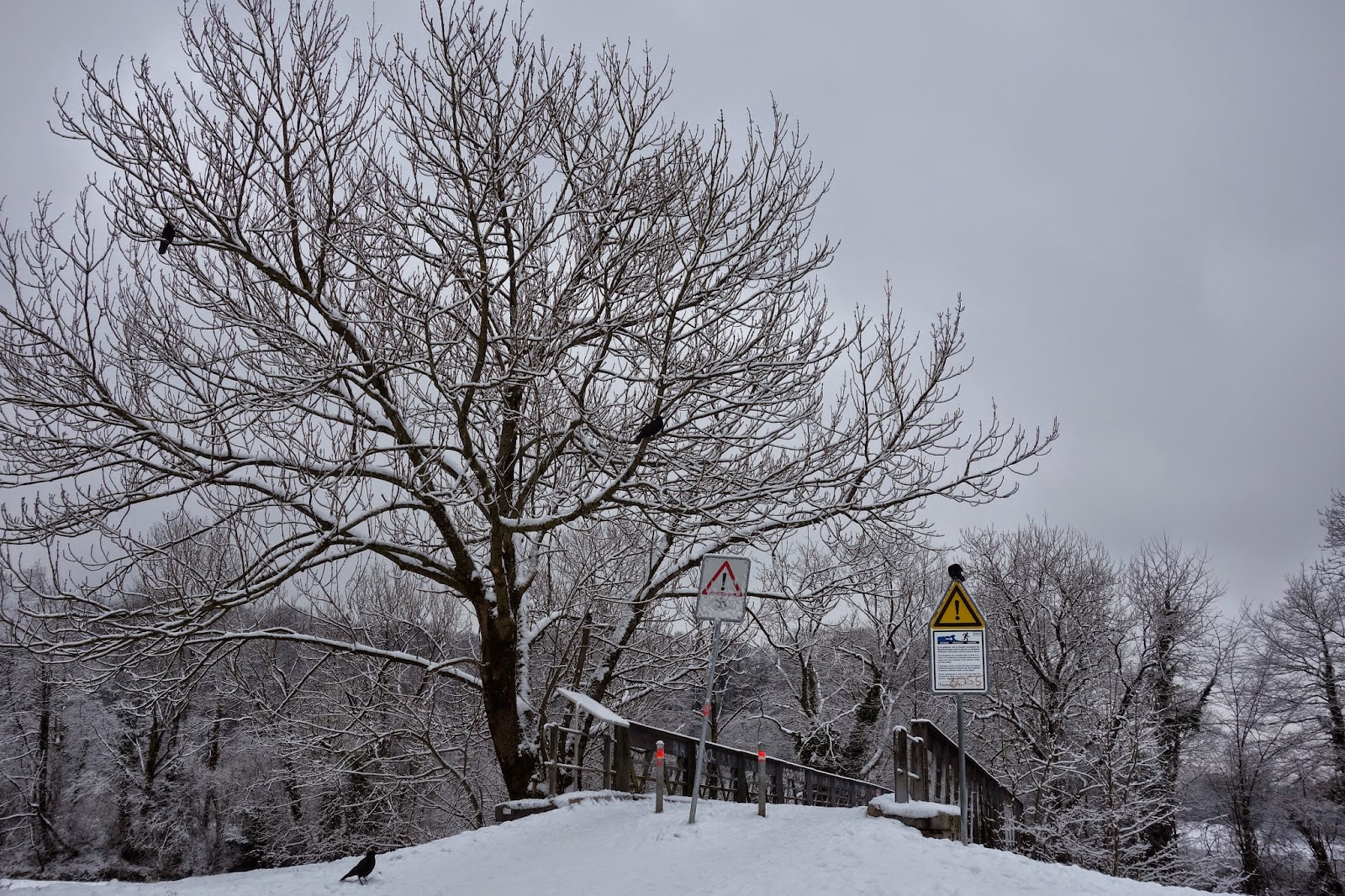 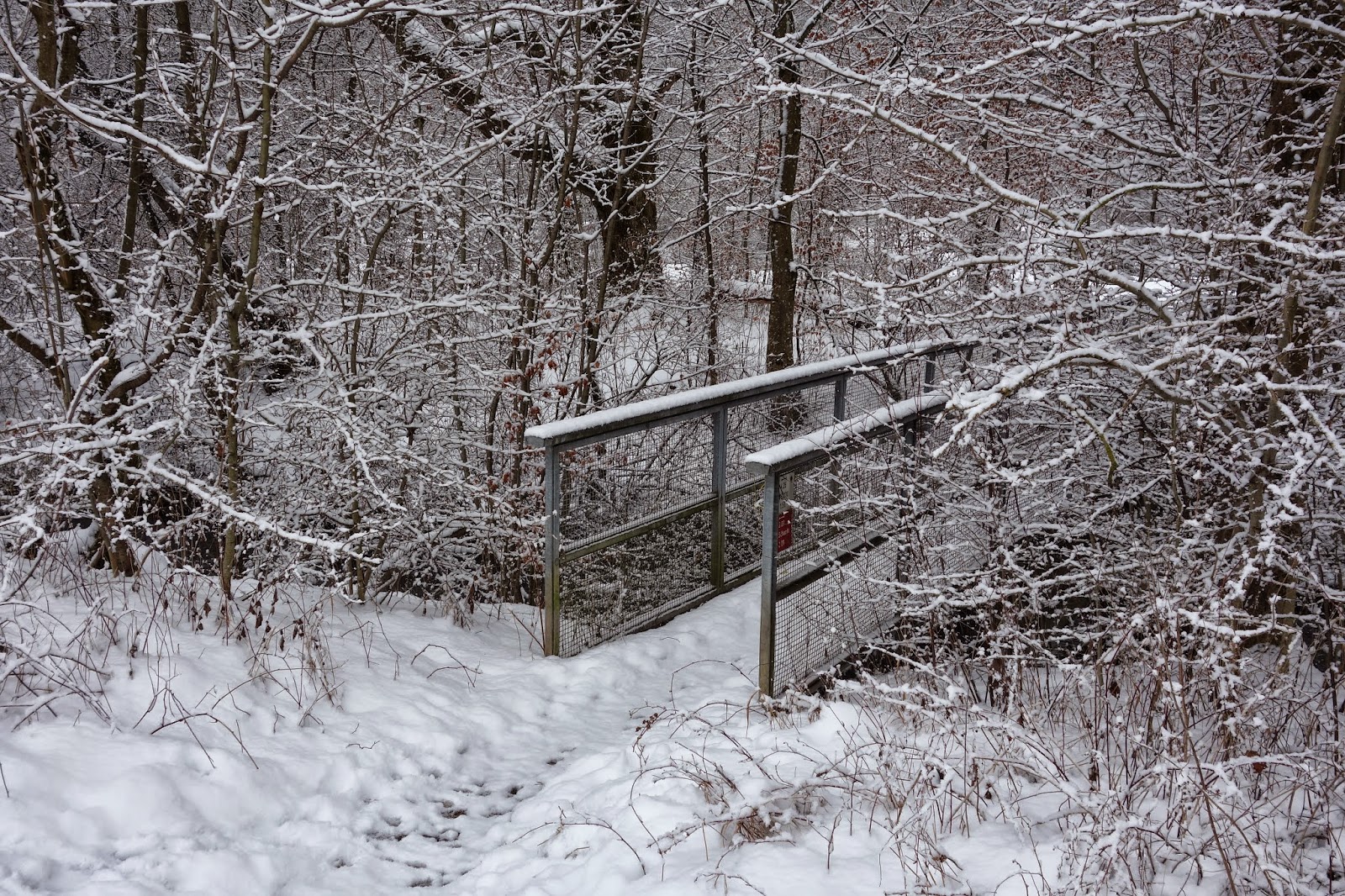 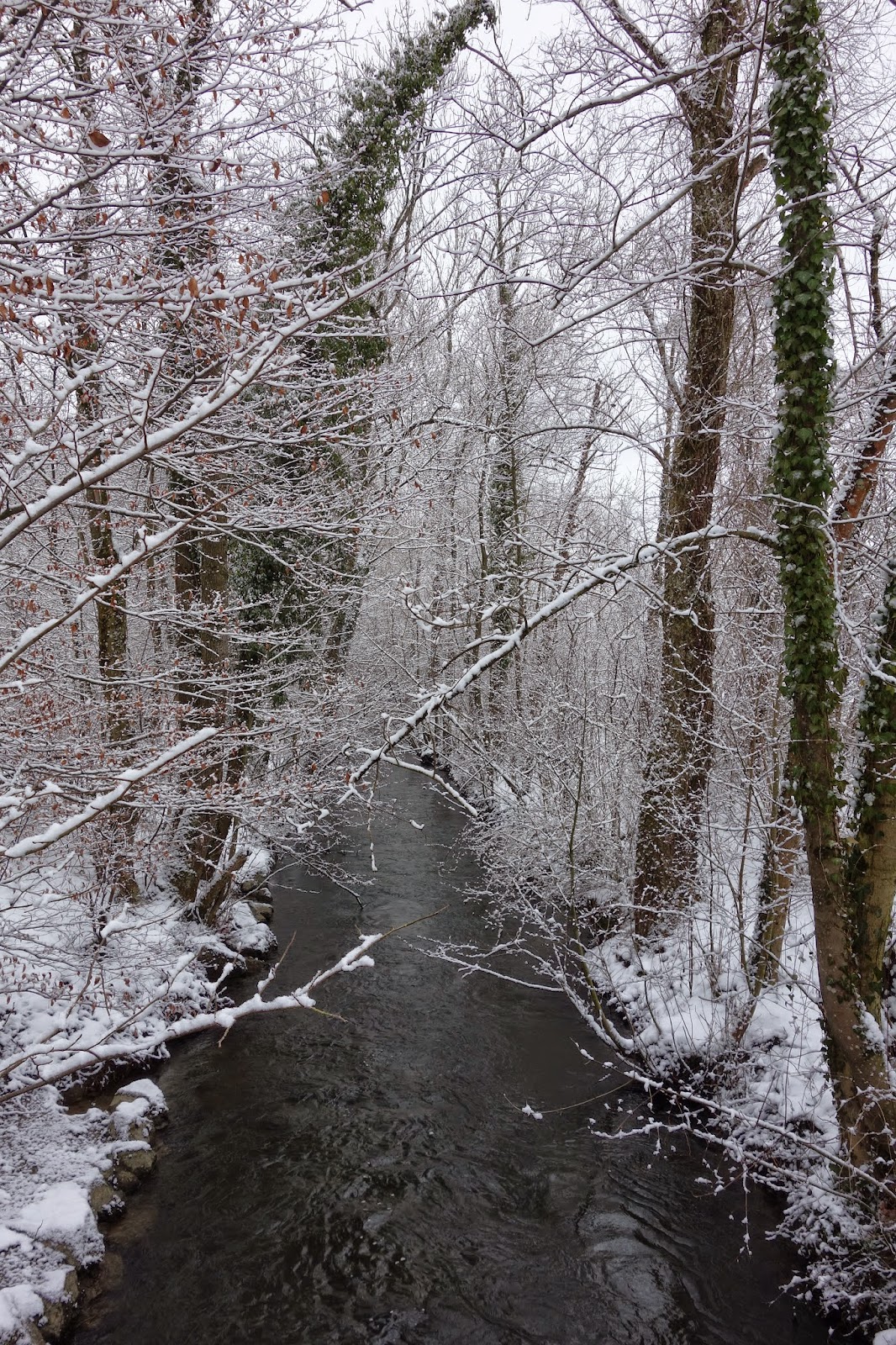