February 27, 2015
Wat Phra That Doi Suthep, often refered to as Doi Suthep, is about 9 miles from Chiang Mai and is a sacred site to many Thai people. According to legend, a monk named Sumanathera had a dream that told him to go to Pang Cha and look for a relic. Sumanathera ventured to Pang Cha where he found a bone, which was said to be Buddha's shoulder bone. The bone displayed magical powers (e.g., glowing, able to vanish, move and replicate itself). In 1368 Sumanathera took the relic to what is now northern Thailand. The bone was placed on the back of a white elephant by the King and released it into the jungle. The elephant is said to have climbed up Doi Suthep, trumpeted three times before dying at the site. It was interpreted as a sign and King Nu Naone ordered the construction of a temple at the site.

We took a tuk truck (a red covered pick up that acts as a cab in the north) to the base of the temple. Then climbed 300 steep steps to the top where the temple is located. 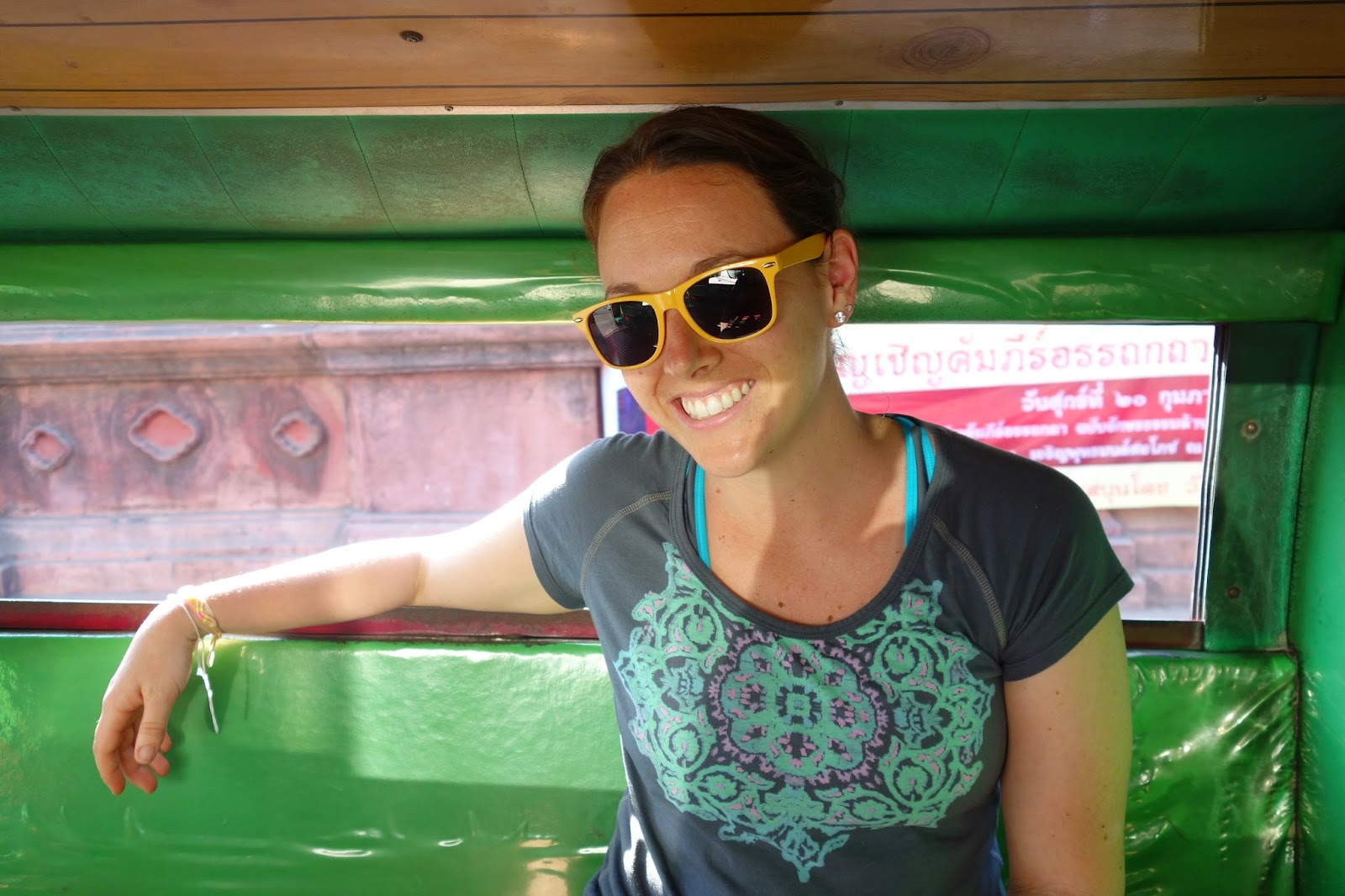 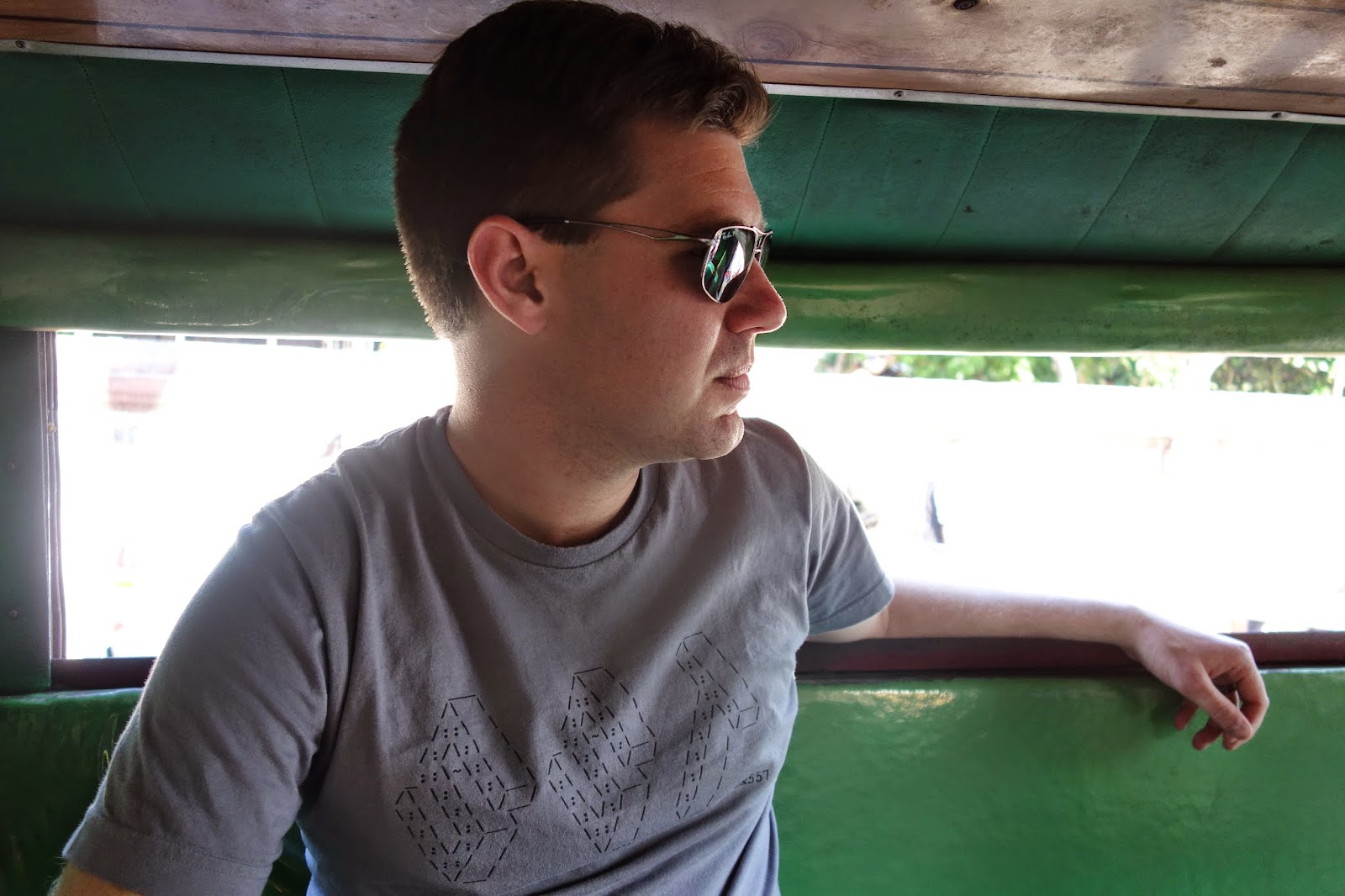 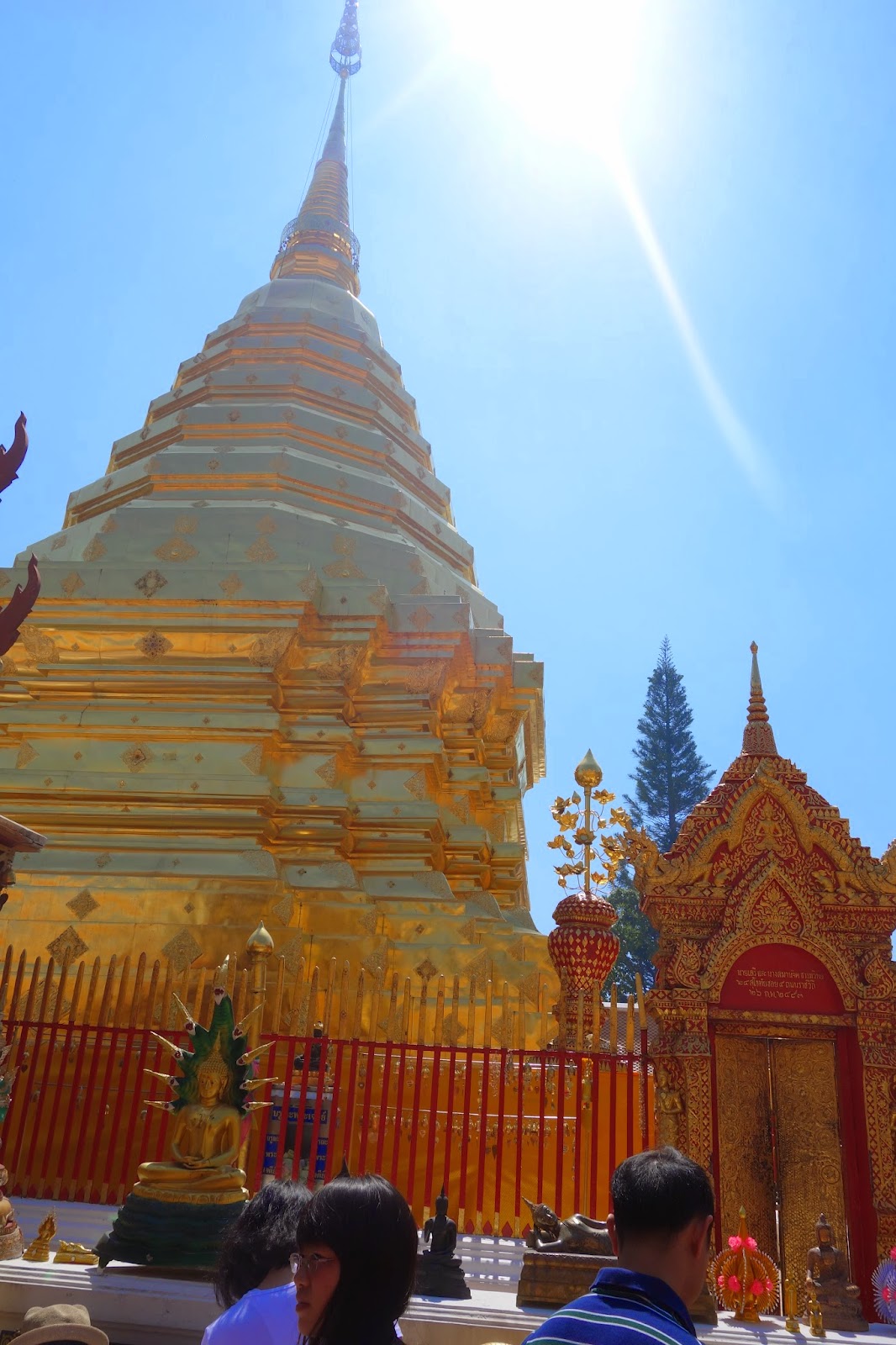 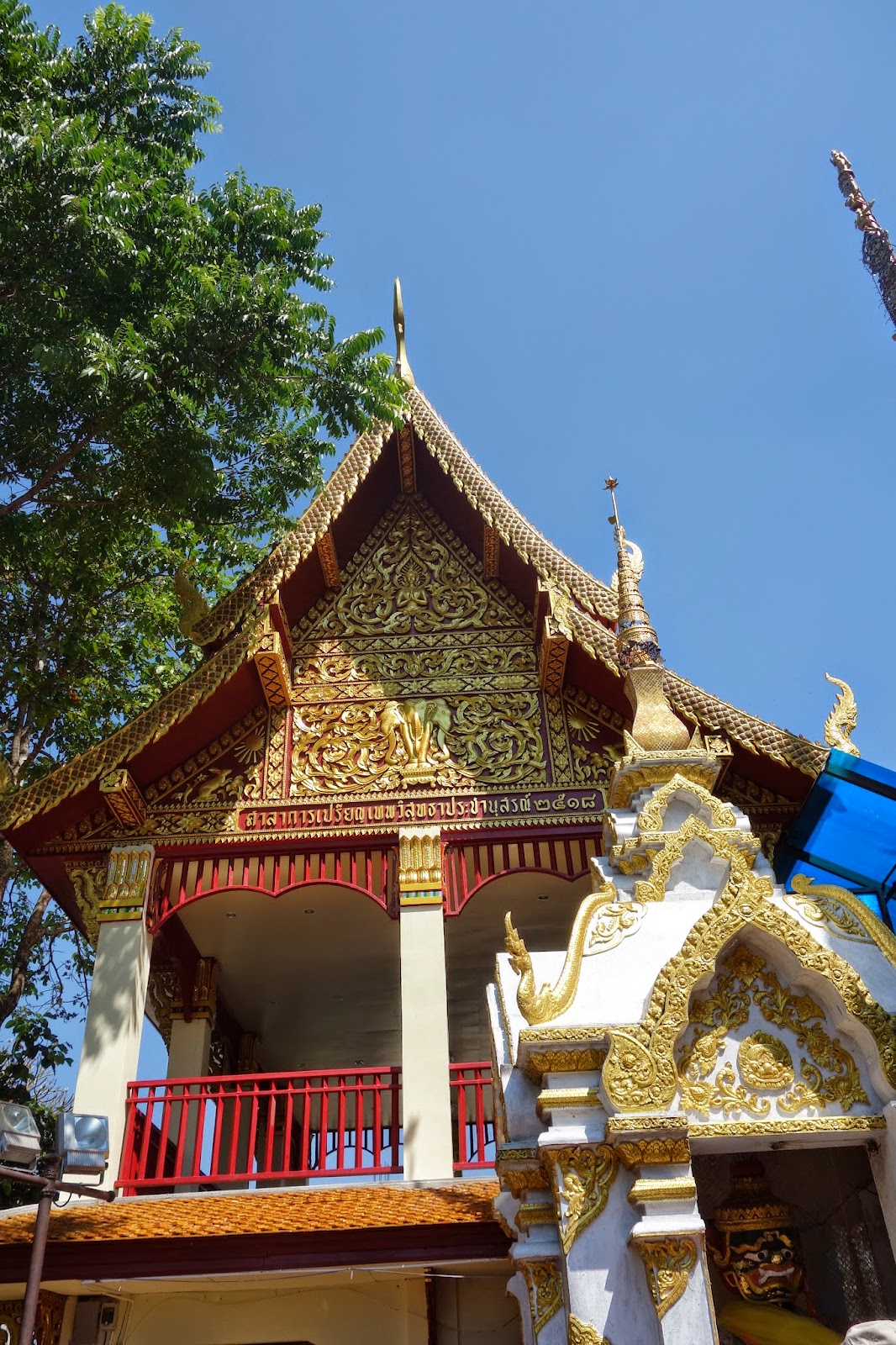 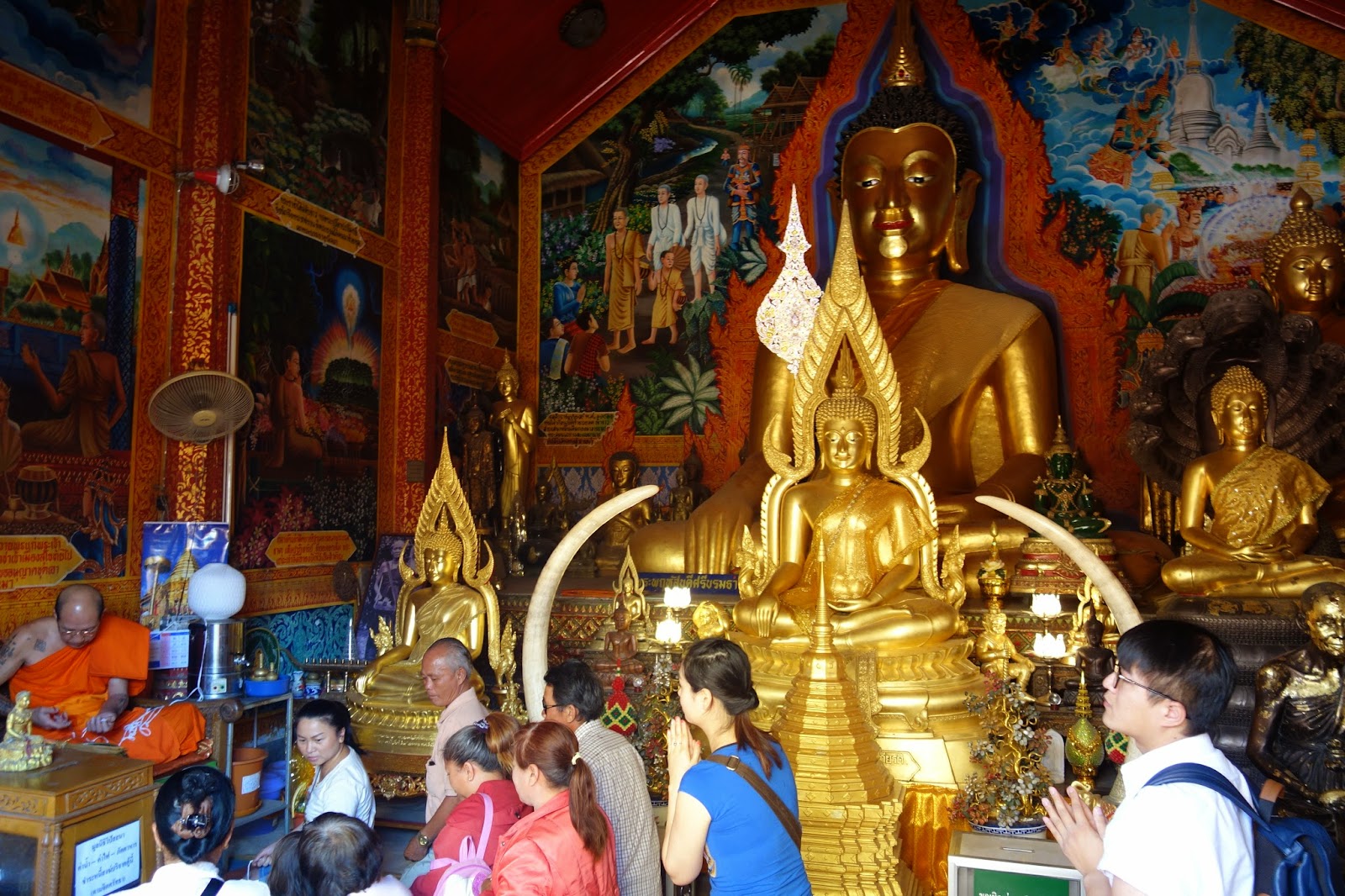 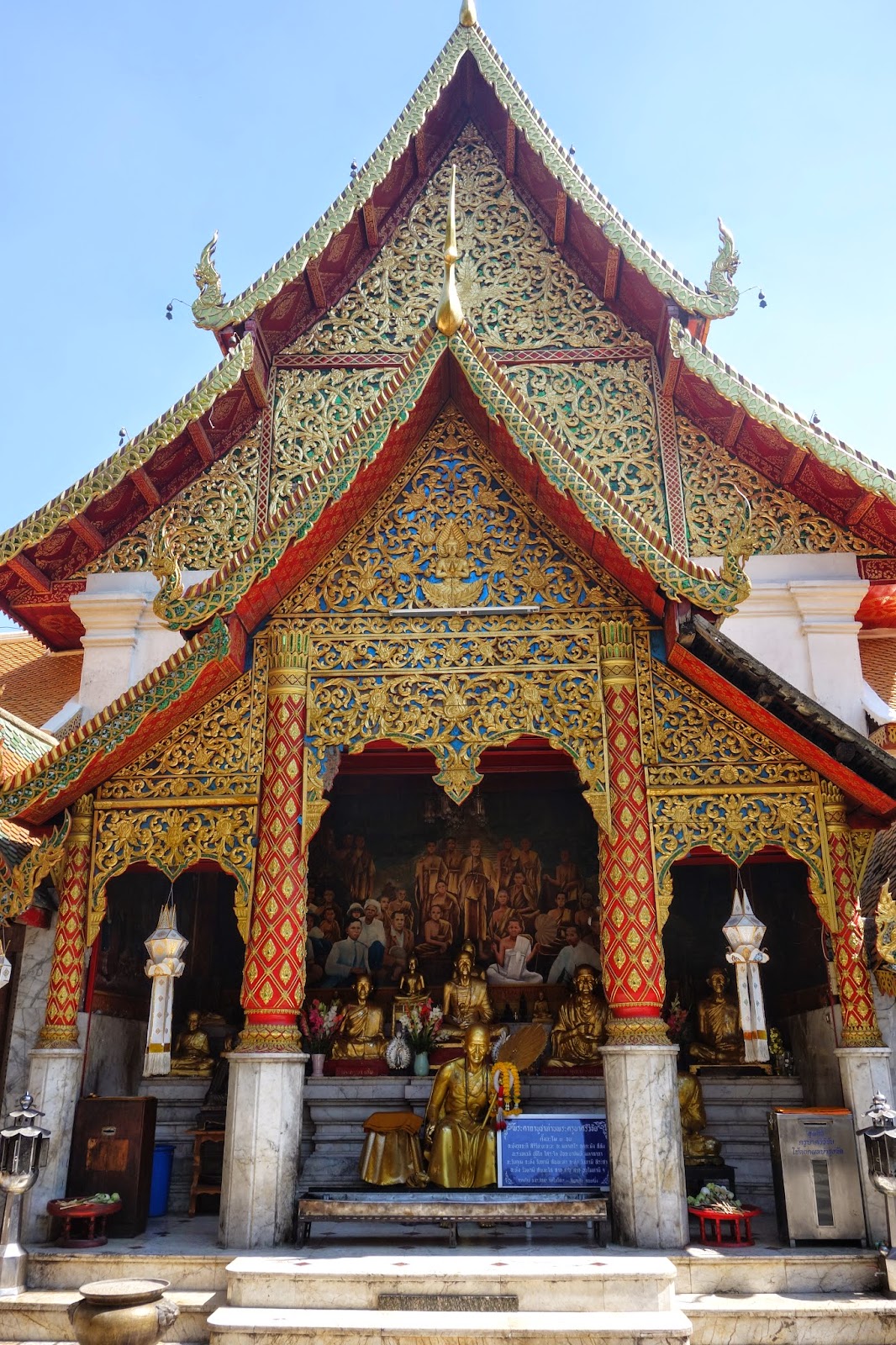 Before dinner I convinced D to stop in at a fish "pedicure" for 15 minutes. Essentially, the fish eat all of the dead skin off of you, and it tickles. like. hell. 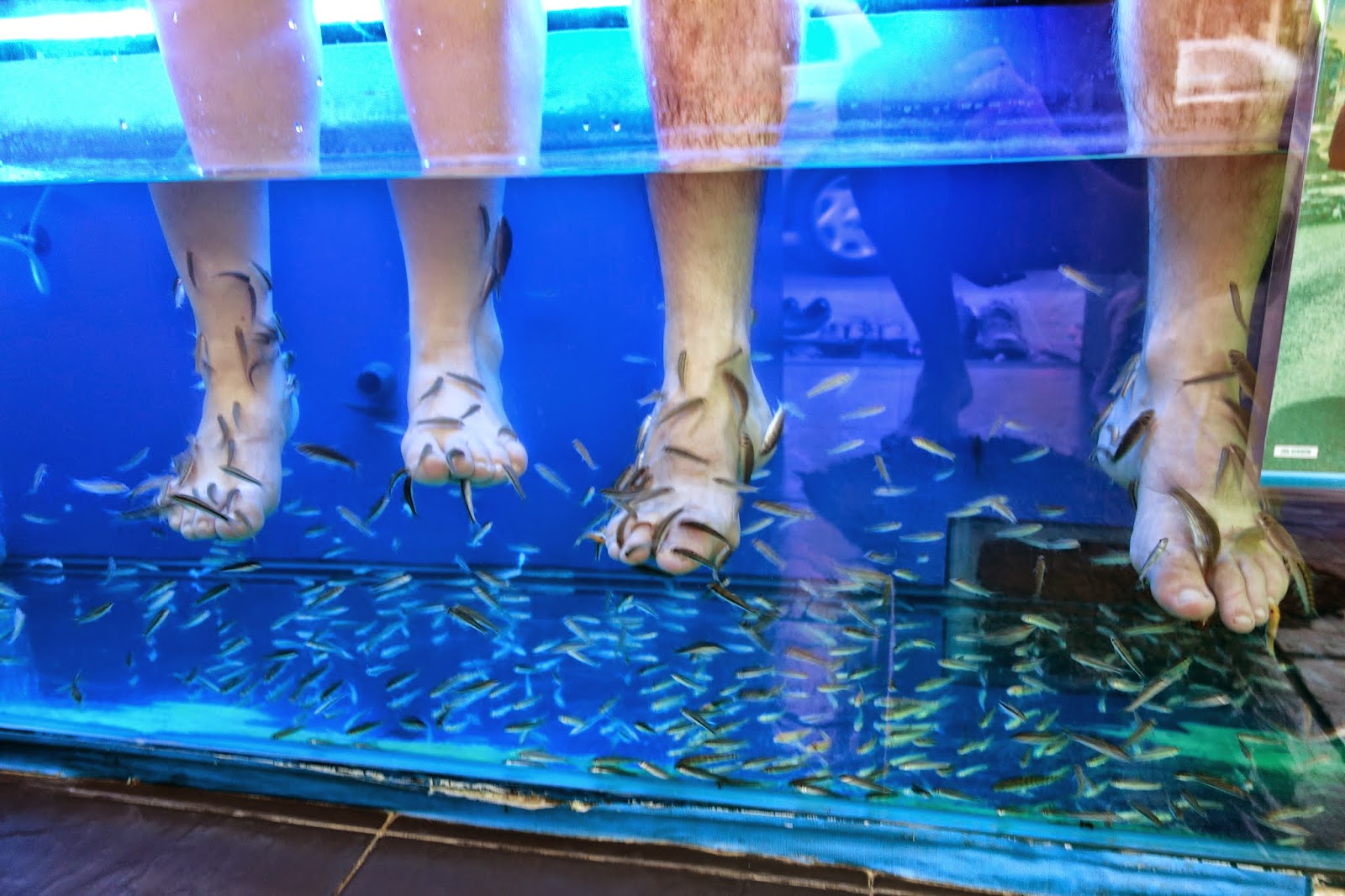 For dinner we went over to the markets by the gates and continued over to the river for drinks and music. 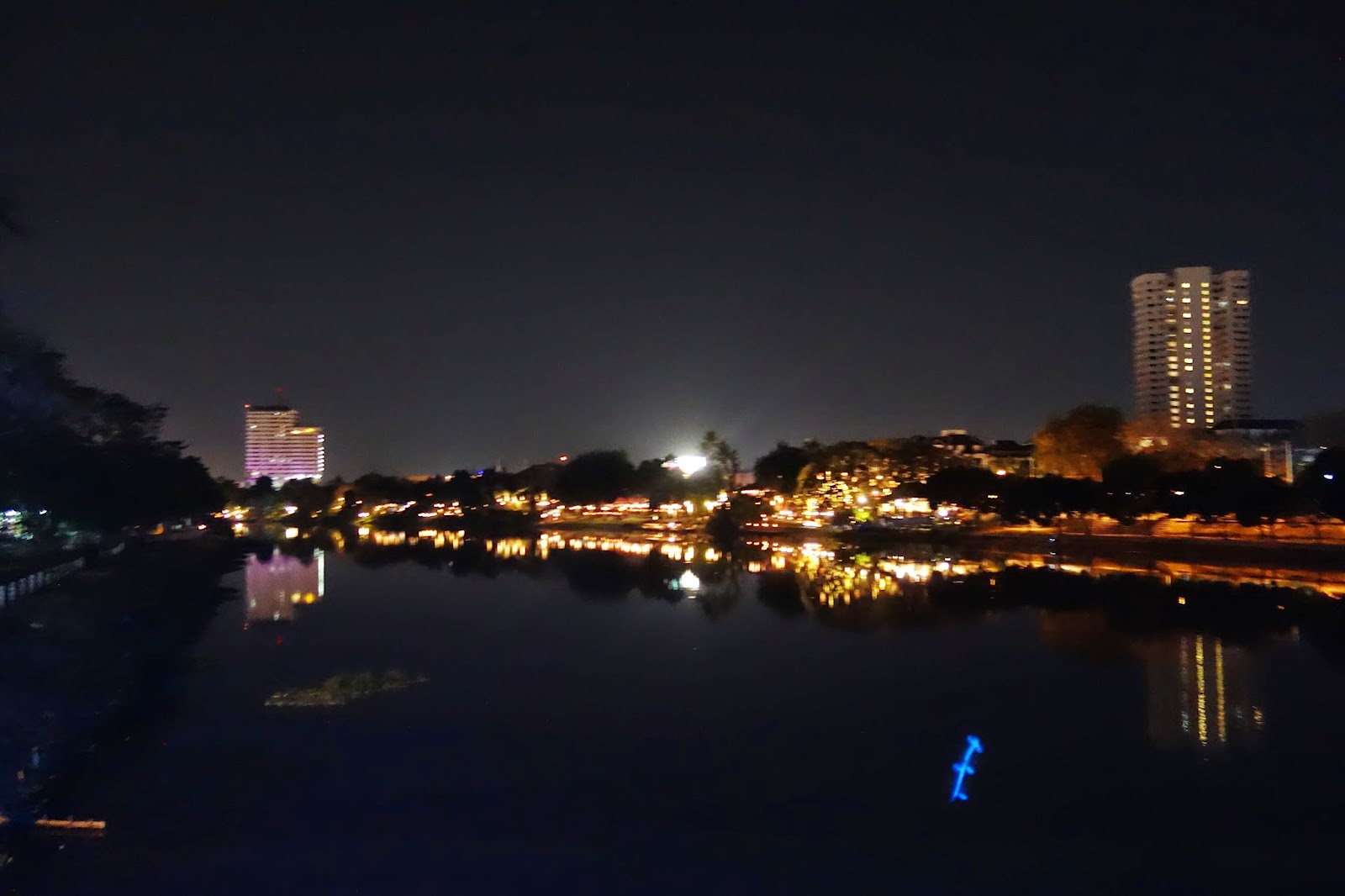 As we were walking back, continuing down on a completely normal street, the bar scene started to changed. Less of a mixed tourist crowed and more of a single man crowd... with Asian women lined out in front of the bars... hooting and kissing at the male pedestrians as they went bye... and shirtless men coming out of previously unnoticeable stairways followed by Asian women back into "massage parlors"... Naive us, we decide to go to a seemingly harmless bar near (we later discover it is in the heart of) this part of town to get a couple of drinks before we head back to our hotel. Well, it took less than one drink to figure out what was going on around us, which led to some GREAT people watching and betting which man was going to "disappear" first.
Chiang Mai Doi Suthep Thailand Wat
Location: Doi Suthep, Doi Suthep - Pui National Park, Su Thep, Mueang Chiang Mai District, Chiang Mai 50200, Thailand