April 20, 2016
Monday Duane and I picked up our car at the Munich Hauptbahnhof to head south to the Bavarian Alps. Road trip!!! 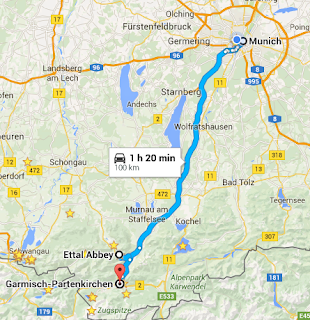 For lunch, we stopped in Ettal to visit Ettal Monastery, a Benedictine Abbey, where monks still run a brewery, distillery and Schaukäserei (cheese factory). The small little town was nestled in a beautiful valley surrounded by mountains that sharply jetted into the sky. After exploring the monastery, we browsed the adorable little shops around main street. 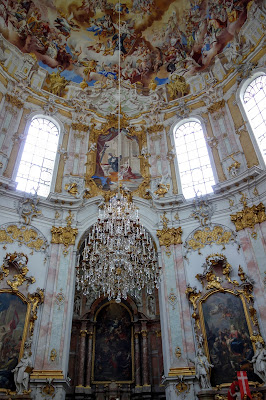 After, we had a short jaunt to Garmisch-Partenkirchen, a small little mountain town in the Alps that rests in the shadow of Germany's highest mountain, Zugspitze. Fun fact, Garmisch and Partenkirchen remained separate until their respective mayors were forced by Hitler to combine the two towns in 1935 in anticipation of the 1936 Winter Olympic games. After settling into our B&B, we explored the cute stores, chocolatier, and had some delicious food. 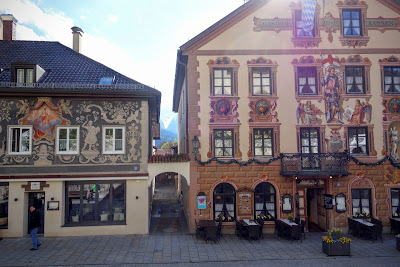 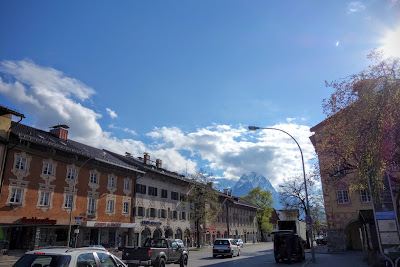 After breakfast on Tuesday, D and I set out for our activity, a leisurely hike around Lake Eibsee. Located just outside of town, the walk gave use a small glimpse of the Alps in all of their glory. The ~5 mile hike let us soak in the panorama views, waterfalls galore, the crystal-clear deep blue turquoise water in the lake, and of course, the Zugspitze. 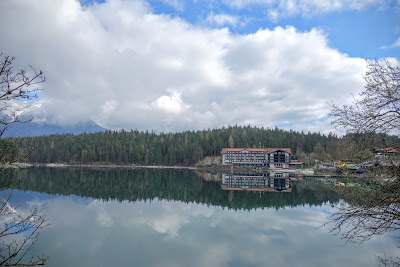 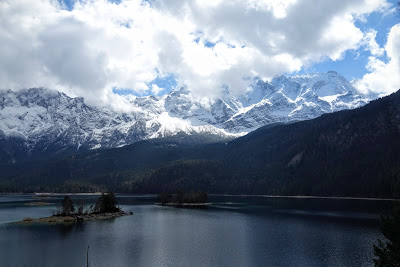 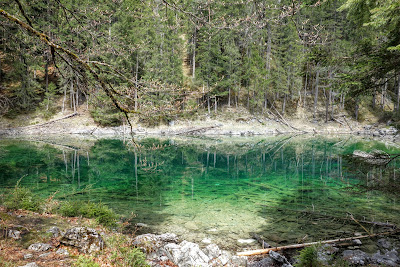 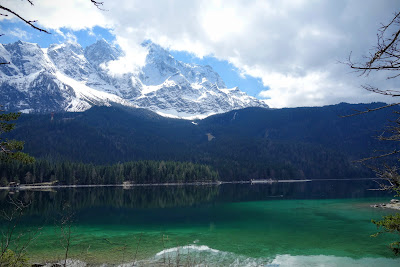 Wednesday, we packed up to move on to our next destination/adventure, Füssen. Since we are basically a stone's throw away from Austria, we decided to take a shortcut through the Austrian Alps. D found a 700 old fortress named Ehrenberg Castle and Fort Claudia on our way, so naturally, we thought this would be an epic place to explore and have lunch. 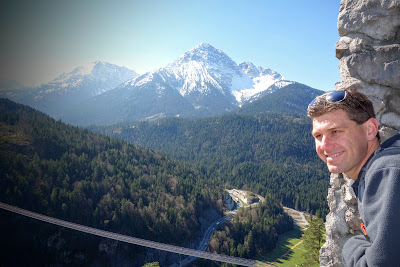